Sinclair ZX Spectrum, the most successful home computer of all times celebrates its 35th birthday on 23 April. Manufactured in Great Britain, millions of units were sold all over the world. This cheap and easy-to-use computer grew greatly popular in Hungary, too.

ZX Spectrum was released in 1982 as the successor of ZX80 and ZX81computers, which were sold at prices below 100 pounds and led to a price explosion in the personal computer industry. The membrane keyboard, a characteristic feature of its predecessors, was first replaced by rubber keys and then by plastic keys on the ZX Spectrum.

The name of the model and the rainbow streaks on the case designed by Rick Dickinson refer to the fact that compared to its predecessors it not only had more powerful memory (14, 48 and later 128 kilobytes instead of 1 kilobyte), but it was also capable of displaying 8 colours and not only black and white, which immensely contributed to its success.

The machine had an extremely friendly BASIC programming language and came with a manual that was excellent in terms of education: even a kid could learn how to write game programmes, draw on the screen or create tunes that would come out of the built-in loudspeakers. Teenage programmers published hundreds of games on the 8-bit computer based on Z80, and this is one of the reasons why game industry became a key sector in the United Kingdom.

And Sinclair BASIC is still in use today for being an easy-to-use educational platform.

Nothing demonstrates the success of the Sinclair ZX Spectrum range better than the fact that Clive Sinclair, the founder and manager of the company, received knighthood in 1983, and Prime Minister Margaret Thatcher presented ZX Spectrum as the symbol of British computer industry to the Prime Minister of Japan at the time.

The manufacture of the ZX Spectrum, nicknamed Speccy, was taken over by Amstrad in 1986, and they came with built-in cassette player and later 3-inch floppy units. A number of „clone” models were produced in different countries, for instance, in Czechoslovakia or the Soviet Union. Károly Nagy, private collector, is in possession of a great number of clones in his collection, which will be put on display at an exhibition organized jointly with the John von Neumann Computer Society this autumn.

Spectrum has turned 35 years old, and although it is a Methuselah’ age for a computer, it is doing fine. RetroComputers, true to its name, still manufactures its game console version called Vega with pre-installed games. Another ongoing project with the involvement of Rick Dickinson, the designer of the original model, is aimed at the manufacture of ZX Spectrum Next, a state-of-the-art machine based on Z80 and resembling ZX Spectrum+.

As we informed readers in one of our earlier articles, BBC made a film about Sir Clive Sinclair’s life.

Let’s celebrate ZX Spectrum by viewing items of the range exhibited on the upper floor area of NJSZT’s Exhibition on Computer History.

Items in our collection: 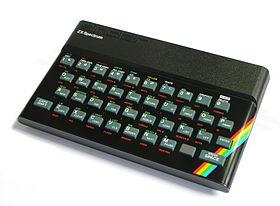 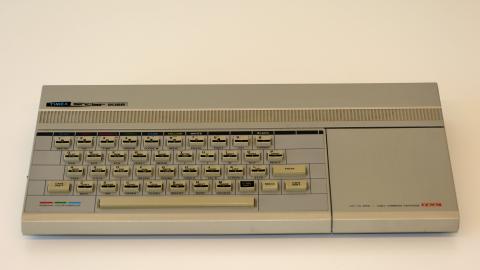 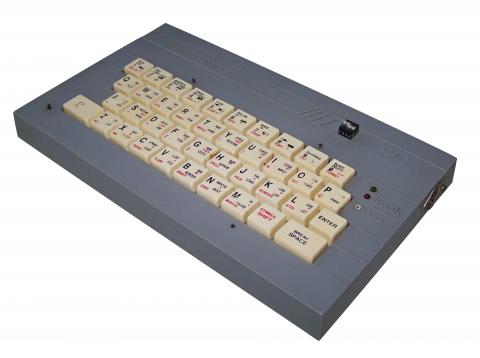 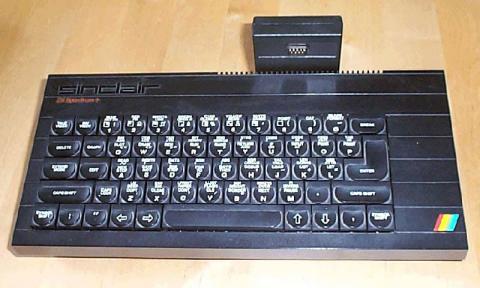